Cars in the city: less is more

Cars in the city: less is more

+5 and -5. These two figures illustrate what has long been common knowledge: less is sometimes more. For example, total carbon dioxide emissions from car traffic (in Germany) increased by just over 5% between 1995 and 2019, while emissions per car fell by around 5%[*]. Since in the same period, the number of cars on the road has increased by 20%, there is not much left of the reduction – easy come, easy go.

Now, however, the electric car is finally (perhaps) gaining ground, so the game of numbers about emissions can stop, right? After all, a 0 is a 0. That’s true, but then again it’s not. Let’s take a look at my key issue, air quality and fine dust.

E-SUVs are bigger sources of fine dust than combustion engines

The Federal Environment Agency (of Germany) estimates[**] that traffic is responsible for about half of the fine dust in urban areas. This includes particles generated by combustion engines, which account for 28%, and particles attributable to brake and tire abrasion and road surface swirls, which account for 21%. So, if the combustion engine is eliminated, then in-town fine dust pollution drops by 28%? Unfortunately, not. According to a study by the OECD [***], E-SUVs are larger sources of fine dust than combustion engines. An Audi E-Tron, for example, weighs around 2.6 tons, about twice the weight of a VW Polo. As a result, the proportion of fine dust from abrasion and swirling increases significantly. Easy come, easy go. Again.

In addition, various forecasts assume that the number of cars worldwide will increase enormously from today’s 500 million (according to the UPI Institute, by a factor of 4.5 to around 2.3 billion cars in 2030). In this case, more is more. More emissions, more fine dust, more roads. And less. Less space for tree planting, green spaces, playgrounds and everything else that is essential to the quality of life in cities.

As many square meters of green active absorption area as possible

At Green City Solutions, we rely on the natural ability of the super plant moss, supported by Internet-of-(living-)Things technology, to improve the microclimate in urban spaces. In the form of the CityTree, the CityBreeze and in the future also as a facade module (WallBreeze), we want to generate fresh & clean air for 500 million people and compensate 3 million tons of CO2 by 2030. We are convinced: The city needs more green. In the clean city of tomorrow, we want to create as many square meters of active absorption area as possible.

But, if the number and weight of cars in the city continues to multiply, clean air in urban areas will become a rare commodity. Already, 9 out of 10 people who make their home in a large city breathe a concentration of fine dust that is harmful to their health every day[****]. This is a drastic value and yet there is still (dirty) air to go up. The mobility revolution is an essential factor on the way to reaching the 1.5 degree target, but also to a clean & livable city of tomorrow. Unfortunately, electric mobility is not a panacea. For the car in the city can only be true: Less is more! 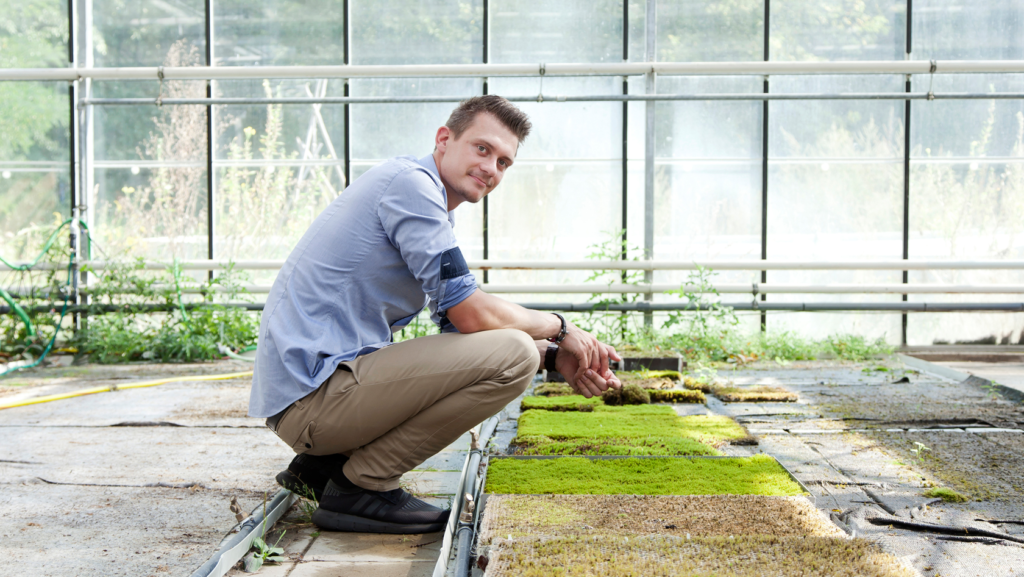