The first of three CityTrees

The first of three CityTrees in Hereford (England) has been installed. Two more will be added soon. The three moss filters are part of a large-scale £6m project to enhance the city centre.

Air pollution causes more than 36,000 people to die in the UK every year. The moss filters are another “small but significant step towards cleaner air” in Hereford, said Councillor John Harrington, cabinet member for infrastructure and transport. The moss filters are part of a series of measures to improve the environment in the city centre through investment jointly funded by the city and the Marches LEP. The improvements are designed to encourage people to spend more time in the city, boosting the local economy.

Herefordshire Council has committed to becoming carbon neutral by 2030 and declared a climate emergency in March 2019. The city near the Welsh border is the fourth English city to rely on the Moss filters, alongside London (5 CityTrees), Luton and Newcastle (1 CityTree each).

“We are working hard to reduce vehicle emissions in our beautiful, historic city to create cleaner, healthier air for visitors, but it takes time. In the meantime, nature is helping us do it,” Harrington continued. 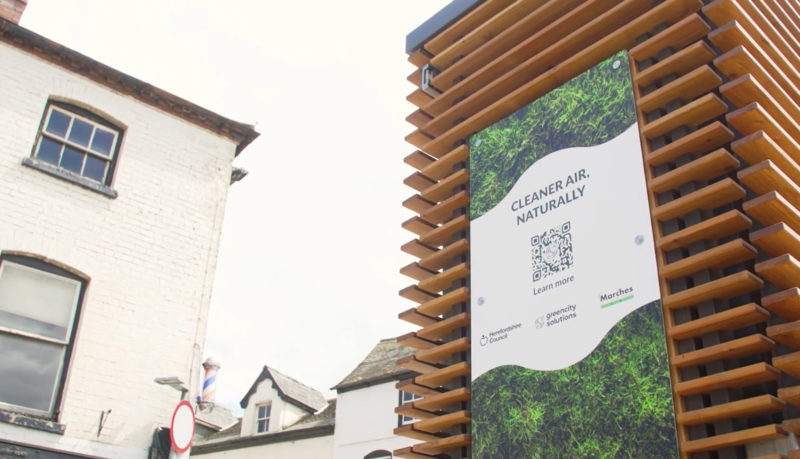 “We are proud to be part of Herefordshire City Council’s large scale and well thought out strategy to enhance the city centre. The three CityTrees are ideally anchored in the package of measures. The beauty of our solution is that it works from day 1. And it works where trees have a hard time and many people benefit from the fresh air zone.” 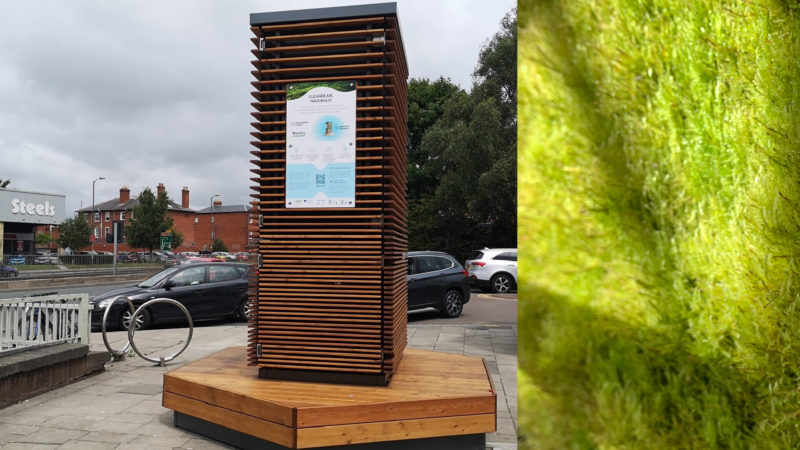